What is the value of w in terms of x and y?

Note: Figure not drawn to scale 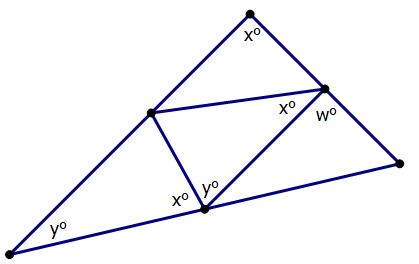 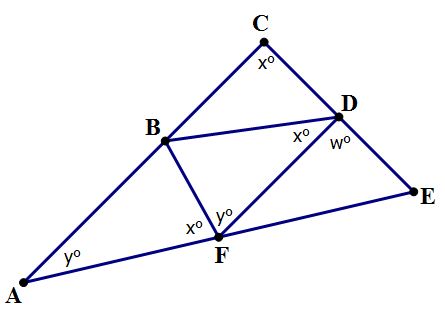 Here's the same diagram with letters. First of all, look at the big triangle, triangle ACE. We know the three angles in this or any triangle must add up to 180°. Let's say that ∠E = k. Then we know 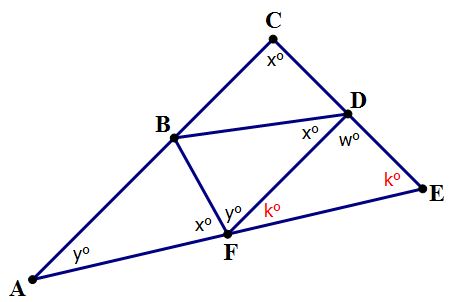 Now, look at triangle DEF. The sum of the three angles in this triangle must also be 180°.

A: That's a really great question!

We can always assume that lines on the test that look like straight lines are straight lines unless we are told otherwise; we can assume that there are no hidden "bends." So by these assumptions, we know that the big triangle, is, in fact, a triangle.

FAQ: How do we know that angle DFE is equal to k?

A: There are two rules we need to use here:

Now, notice in the question that the triangle ACE has three angles: x, y, and the angle of CEA. We'll call that third angle k.

Meanwhile, near the point F, we see three angles that add up to a line. The first two are given as x and y (the same as the angles in the corners of triangle ACE!). The third angle, DFE, is not given. But we know that x + y + DFE = 180, because they add up to a line.

Watch the lessons below for more detailed explanations of the concepts tested in this question. And don't worry, you'll be able to return to this answer from the lesson page.